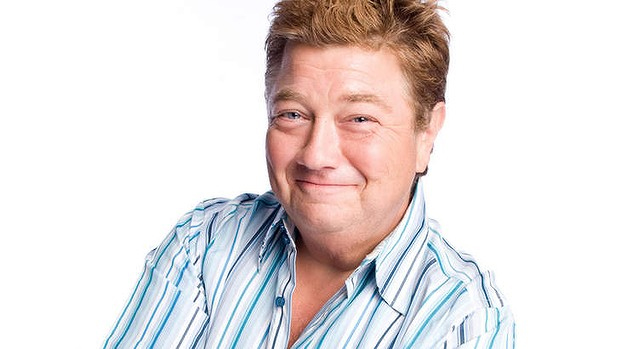 Jonathon (Jono) Coleman (1956 – 2021)
Jonathon (Jono) Coleman became SMST’s founding patron in 2016, and vigorously promoted the theatre’s urgent reopening.
Jono was a well-known radio and television host both in Australia and England for over forty years. He was renowned for his irrepressible sense of fun and the generosity to many causes which gained him an OAM.
Most memorably, Jono compèred Marian Street Theatre’s fiftieth birthday party in late 2016, organising the luscious birthday cake himself.
‘As a long-time Lindfield resident,’ he told the crowd, ‘I spent many evenings at Marian Street Theatre. I even interviewed Ruth Cracknell there on stage for Simon Townsend’s Wonder World in the 1980s, and was so upset when it closed. Let’s get it opened pronto before we miss more opening nights.’
Sadly, Jono won’t be here to celebrate the theatre’s re-opening with us. He died in July 2021, far too young, and always wide-eyed as the child within him. We will remember you, Jono. Your effervescent enthusiasm for our theatre always raised our spirits high. Vale, and thank you.

Wendy Blaxland (on behalf of the Committee) 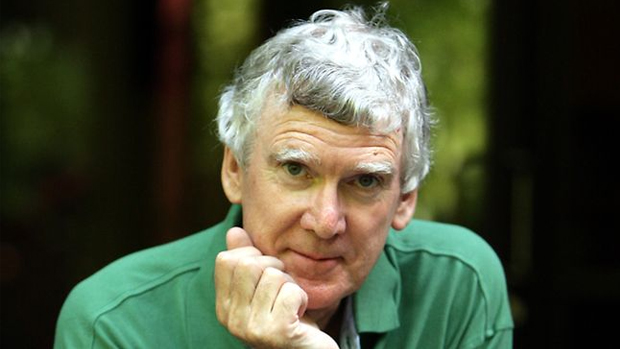 David Williamson is recognised as Australia’s most successful playwright. Over 40 years, his work has ranged across theatre, film and television, seen in Australia, Britain, the United States, Canada, Europe and Asia. After his successful play The Coming of Stork premiered in 1970, others have included The Removalists, What If You Died Tomorrow?, The Department and Travelling North. In 2014 a record of eight of his plays were professionally produced in Sydney alone. His plays have won numerous Australian and overseas awards, including the coveted George Devine Award for The Removalists. Many of David Williamson’s stage works have also been adapted for the screen, including Don’s Party, The Club, Travelling North and Sanctuary. He has won the Australian Film Institute film script award five times, and twelve Australian Writers’ Guild AWGIE Awards. His screenplay for On the Beach was nominated for the US Golden Globe awards. Many of Williamson’s plays were performed at Marian Street Theatre in the 1990s, and he is delighted to be a patron of the movement to re-open the theatre.

Our committee consists of experienced fundraisers, performing art professionals and concerned members of the community. They are committed to working together with Council, artists and the community to see Marian Street Theatre open again.

John Townend AM
Chair
John Townend AM, Emeritus FFIA, was a film, video and television director working with clients including advertising agencies, corporates and not for profits, locally, nationally and globally. For more than 25 years John was a certified fund-raising executive assisting many not for profit groups raise millions of dollars, including becoming chairman of a number of national and international diabetes organisations and the state and national Fundraising Institute.

Harry Loughnan
Treasurer
Harry Loughnan lives in Marian St Killara and has been on the Save Culworth Avenue Car Park Committee for a number of years. He has recently retired from Qantas where he worked for over 40 years as a training captain on various aircraft. He has been involved in mentoring and crew resource management.

Priscilla Yates
PrIscilla Yates has worked in the arts throughout her career, including in London at the Old Vic Theatre and the Royal Academy of Dancing and in Sydney at the Australian Writers’ Guild, NIDA and Currency  House.

James Southwell
James Southwell is an actor and former student of Marian Street Theatre for Young People. In 2012 he came second in NSW in HSC drama, and in 2016 graduated with a distinction in a Bachelor of Arts majoring in Theatre and Performance Studies from UNSW. His next production will see him touring schools in NSW, QLD and ACT with Bard on the Beach doing Romeo and Juliet.

Michael Richardson
Michael Richardson is a former newspaper journalist, magazine publisher and editor and the author of several books on self-sufficiency and the environment.  He was first elected as State Member for The Hills and Castle Hill in 1993 and during an 18-year career served as Shadow Minister for Housing, Corrective Services and The Environment. He now lives in Killara.

Luke Playoust
Luke Playoust is an architect with specialised expertise in all types of residential projects involving master planning and design. He has worked on projects ranging from heritage sensitive projects, renovations and restorations, to commercial fit out work and space planning.

Jacqueline Mees-Buss
Originally from the Netherlands, Jacqueline worked for large multinationals, both as an executive manager and as a consultant. She lived and worked in South Korea, the Philippines and Germany before settling in Killara in 1999.  In 2014 she obtained a PhD and became a lecturer in international business at the University of Sydney. She joined the SMST committee with her broad experience in marketing and business innovation, her unfailing desire to get this local theatre reopened, and strong belief that every community needs a theatre, a library and a playground.

Marianne Kopeinig
Marianne has over 20 years experience as a private practitioner and corporate counsel for private and ASX listed companies and broad industry experience in commercial, corporate governance, risk management and compliance functions.

Wendy Blaxland
Wendy Blaxland has worked as an academic, teacher, writer and theatre professional. As well as publishing over 100 books mainly for children, she has written an unpublished history of Marian Street Theatre, is a long-term committee member of the Marian Street for Young People Board, and is a playwright and co-producer with Blaxland and Daughter Productions.

Indu Balachandran
Indu Balachandran is the General Manager of Enterprises at the National Centre of Indigenous Excellence (NCIE). Indu has worked in enterprise development in the creative and social sectors for 15 years. Her work in the Indigenous sector was recognised by the UTS Human Rights Award for Reconciliation.  A keen contributor to cultural development in the South Asian diaspora, her film exploring gender and music, “Her Inner Song”, enjoyed national acclaim and prompted new dialogue in the community. Indu is a musician in the Indian Carnatic tradition, teaching and performing vocal music and the veena (a stringed instrument).