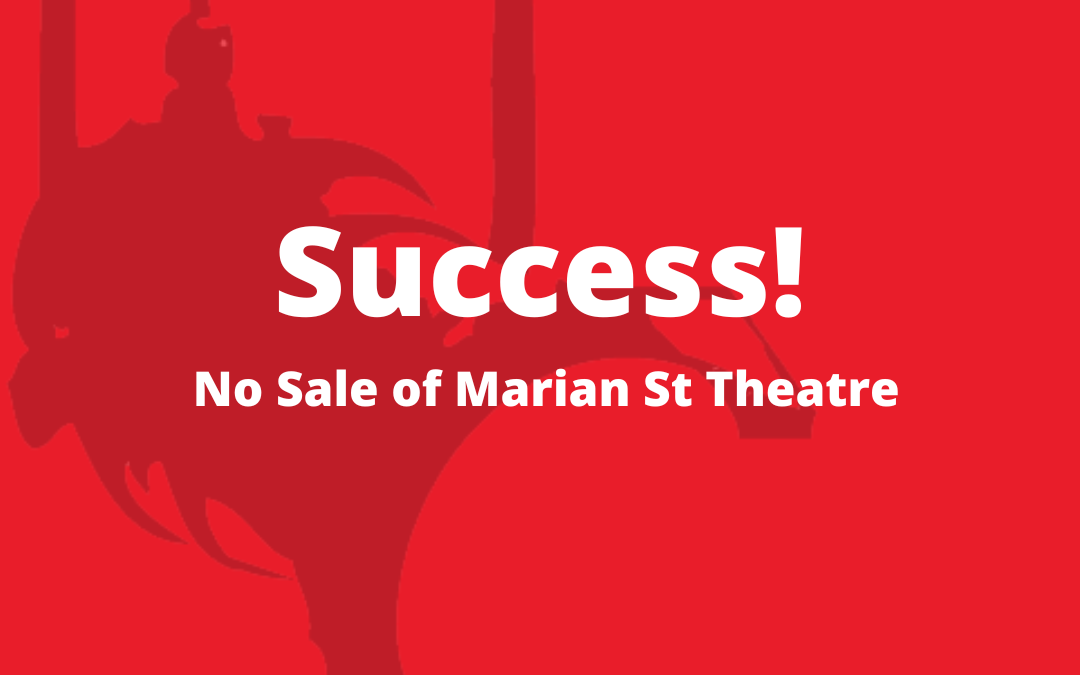 So the motion lapsed without debate. Phew!  We can breathe easy again.

About twenty supporters, many  in resurrected red ‘Save Marian Street Theatre’ T-shirts and other touches of red,  listened to over three hours of other business at the Council meeting before realising that they had waited in vain for the motion to be considered.

So the community outpouring of outraged emails and messages to Councillors about this proposal clearly had its effect.

Thanks to everyone who responded to our call and took the trouble to let Councillors know how they felt. We’re sure this outpouring of support strengthened Councillors’ resolve regarding the theatre.

Thanks to Councillors for letting this proposal lapse.

Thanks to the staff who have already worked for years on the exciting project of renovating Marian Street Theatre.

The last touches are being put to the innovative plans for a performing arts hub in Killara. We are proving that Council and the community can work together to achieve spectacular results.

Yes, it’s expensive. No, Council hasn’t worked out how to pay for it – yet. But there are ways, and Mayor Jeff Pettett says Ku-ring-gai is a ‘Can Do’ Council.

Let’s find the best ways to fund the project, and keep the momentum going till our beloved theatre is open again!