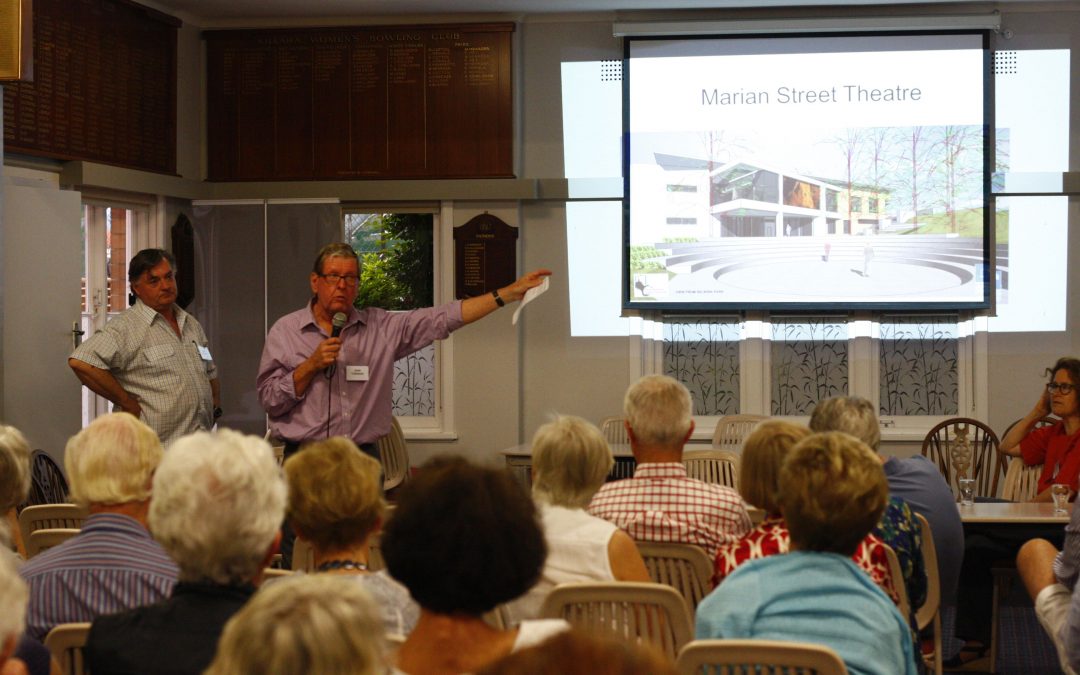 One couldn’t help but be amazed by the musical skills of the Rising Stars of the Conservatorium of Music who entertained Friends of Marian Street Theatre at our October soirée.

Victoria Teo, Sam Keum, Annebella Chen and Jack Theakston, whose ages ranged from 11 to 13, astounded the audience with their virtuoso rendition of Mozart’s three-part String Quartet in C Major.

As Conservatorium open academy manager Marcus Hodgson said: “She is the smallest musician with the biggest instrument”.

The open academy, the community outreach programme of the Con, provides a range of musical experiences to groups such as Friends of Marian Street Theatre as well as allowing children such as those who played on October 30 to perform in public.

Entertainment like this would be a regular occurrence at the revamped theatre, with its six different performance spaces.

Another prospective user of the theatre would be the Ku-ring-gai Philharmonic Orchestra, which currently plays in the Concourse Theatre in Chatswood. President Liz Wilson told the Friends that while they could not fit the full orchestra into Marian Street Theatre, they would be able to “carry out certain performances, such as Kids’ Proms.

“We currently rehearse in the Ku-ring-gai Town Hall at Pymble but we don’t know how long that will last,” Ms Wilson said.

“So we are looking to see if we can use one of the spaces in the revamped Marian Street Theatre as a regular rehearsal space.”

Save Marian Street Theatre committee chairman John Townend welcomed these proposals, while emphasising the need for more volunteers to assist with the cause.